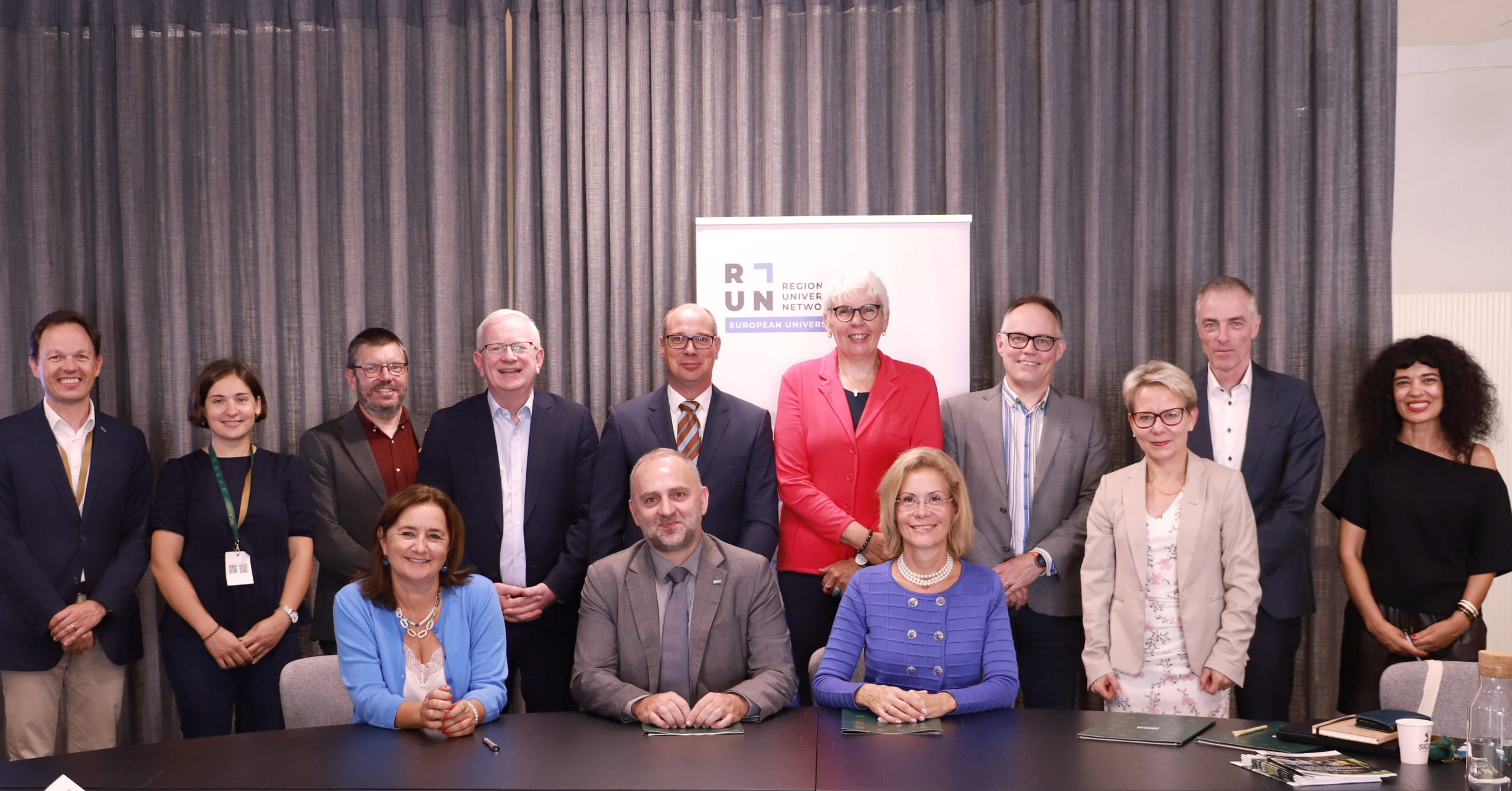 The 14th of September 2022 was a historic day for the European University | RUN-EU, with the signing of the first two Double Degree agreements, in an event that took place at IPCA’s Campus.

The first agreement was signed between the Polytechnic Institute of Cávado and Ave (IPCA) and Vorarlberg University of Applied Sciences (FHV), Austria, for the master’s courses of the two institutions in the field of Electronics and Mechatronics Engineering.

The Polytechnic of Leiria also signed an agreement with the University of Győr – Széchenyi István, in Hungary, for a Double Degree in the field of tourism.

Students who are part of these Double Degrees will see their course recognized by the two higher education institutions, and, at the end, two master’s diplomas will be issued by the universities and polytechnics that signed the agreements.

The signing event took place within the scope of the RUN-EU Week at the IPCA, which took place from the 13th to the 15th of September. During these days, IPCA hosted the meeting of the Presidents of the institutions that make up RUN-EU, as well as the Group Exploratory Mission (GEM) in Informatics and Computer Science and also the coordinating members of the Short Advanced Programs (SAP) in each institution.